A downloadable game for Windows

In Gim Descent, find your way through a very, very deep dungeon, fighting strange creatures along the way. Armed with only a few bombs, you'll need items in order to survive.

How far can you get?

The game saves automatically, so no worries on that front.

Thanks for downloading my game!

Once downloaded, extract this file anywhere and run the shortcut inside. Make sure you've read the controls (they are also in the top right in the main menu). Good luck!

Playing zoomed out is a game changer. The resource management is pretty relaxed, which I like, and then the first boss fight really demands a lot of them! It feels like a good balance. Aside from the pink bug boss, feels like there's a lot of strategic headroom.

I was thinking of replacing the bug boss with an easier boss and putting it later in the game, but I'm glad you like the difficulty curve. I also need to tutorialise the bug-type creatures too: they have a dodge ability, which means if you attack one when it has an action ready, it uses its action to dodge your attack. I appreciate the feedback, super useful! 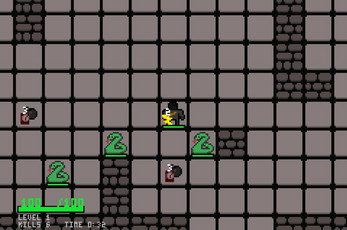 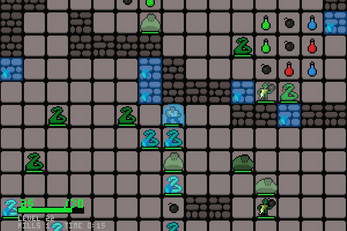 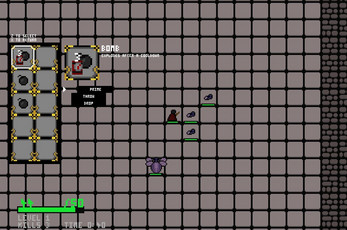 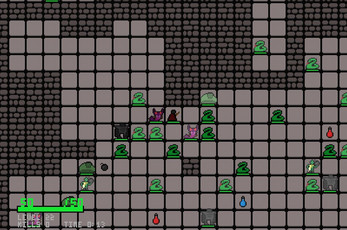